‘#COMBEXIT’: F1 ON THE CARDS AS CASTLE COMBE CIRCUIT MAKES BREAK FOR FREEDOM

Wiltshire’s Castle Combe Circuit could soon be graced with the company of Messrs Vettel, Ricciardo and Hamilton as a shock new ruling sees it separate from the United Kingdom to form its own sovereign state.

In an attempt to remain total political neutrality amidst current Brexit uncertainties, the race track, now known as ‘The Kingdom of Castle Combe Circuit’, plans to use its new-found status to host its very own leg of the popular Formula 1 championship at the 1.85-mile venue as early as 2020.

The shift also sees several other dramatic alterations being implemented, including an airport-style passport control procedure that will be carried out before every track day and race meeting, with specially-erected manned booths now located underneath the venue’s iconic Avon Bridge.

Furthermore, the circuit is in talks to strictly ban all vehicles from the venue that didn’t originate from a British manufacturer.

Tom Davis, former Head of Sales and Marketing and recently-appointed Prince of Castle Combe Circuit, was delighted with the news. “Forming our own country is certain to take Castle Combe Circuit to the next level; I’ve just received a fax from F1 bosses in America and am very pleased with the way things are progressing for our kingdom’s residents.”

Graham Marshallsay, newly-crowned Head of State, was equally-as-optimistic. “I’ve had a telegram from the Queen and she’s planning on popping down to legally separate us from the United Kingdom over a nice cup of tea in Café Bar H at some point in the coming weeks.”

Unfortunately, local F1 star Jenson Button was unavailable for comment, but we were able to track down Ernie Wiggins, his ex-primary school teacher. “I’ve never met nor heard of Jenson Button, but am sure he’d be very happy with the news.”

For more information on upcoming events at the Kingdom of Castle Combe Circuit, please head over to www.castlecombecircuit.co.uk 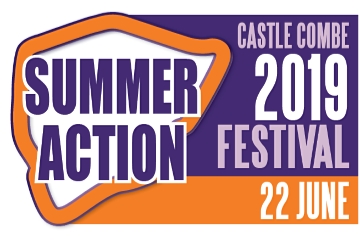