The 2022 instalment of Castle Combe Circuit’s Autumn Classic historic race meeting – set to be held on Saturday, 24 September – will celebrate the 70th anniversary of the first ever appearance of a competitive Porsche on British soil.

In 1952, Mr Claude Bannister – a successful British import/export agent working mainly in Germany – drove his Porsche 356 across the continent to compete in a race at Wiltshire’s Castle Combe.

With names such as Stirling Moss and Roy Salvadori also on the grid, and with only minor tweaks to his vehicle from road spec, Bannister wasn’t the most competitive entrant on the grid, but this didn’t stop him from having the time of his life, according to his son, Clive.

“It was the first Porsche to be seen on a circuit in GB and caused quite a stir,” Clive explained in a 2003 issue of Porsche Post. “It was not ideally geared for such a track, and he did not exactly get on the podium. However, it did give him enormous pleasure.”

Running on its memorable ’42 42 42’ British Forces Sector registration plate, Bannister’s 356 was only raced once.

Son Clive explains how Claude celebrated this one-off appearance in style: “after the race, he drove the car to The Dorchester in London, where it was parked outside bearing all its race numbers. He drove it back to Germany a few days later and it did not miss a beat. New tyres were fitted, but it needed no further attention until its next dealer service.”

Bannister’s humble introduction of the brand to UK circuits has been followed with seven consecutive decades of Porsche-badged vehicles dominating on race tracks across the country and the world.

The anniversary of this event has been signified with bespoke artwork from Brian James which will be used to promote the Autumn Classic this year. As well as the usual thrilling historic race series hosted on the day, the event itself will also feature a number of special displays in the paddocks revolving around Bannister’s achievement.

- Castle Combe Circuit’s Autumn Classic will descend on the Wiltshire venue on Saturday, 24 September 2022. For tickets, club stands and more, please head over to https://castlecombecircuit.co.uk/shows/autumn-classic-historic-race-day. 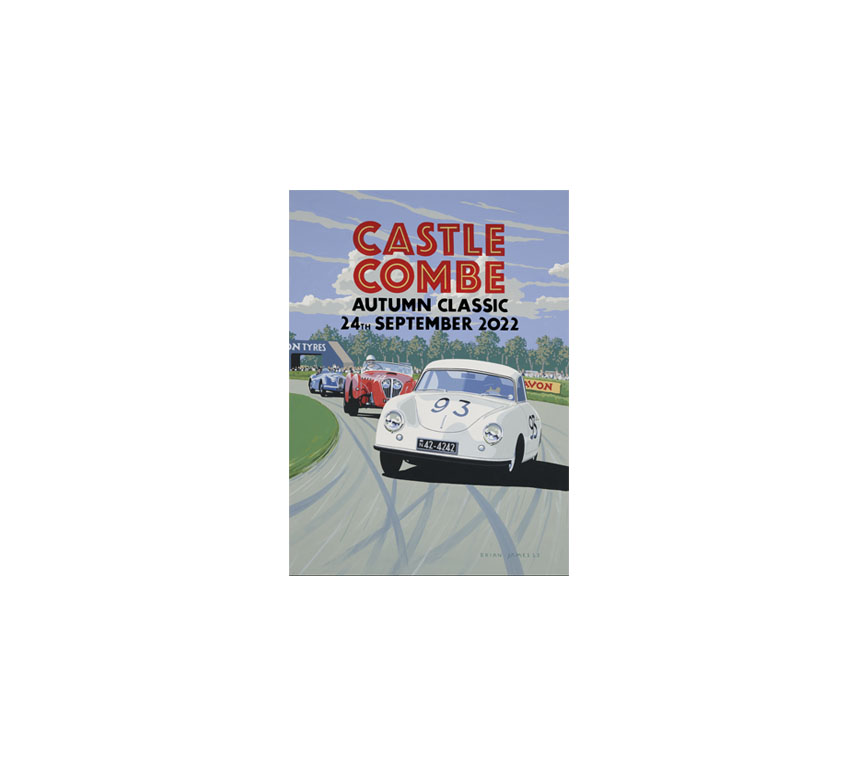