Castle Combe Circuit’s all-new Action Day Finale show proved to be the perfect way to end another spectacular season of events when it descended on the Wiltshire venue on Saturday, 12 October.

Following the circuit’s celebrated ‘Action Day’ formula, it meant the thousands of show-goers in attendance could enjoy the likes of car club stands, public track sessions, a trade village and drifting demonstrations at this promising new autumnal addition to the calendar.

In the scenic show grounds that flank the 1.85-mile race track, hundreds of stunning club cars distributed over countless dedicated car clubs could be viewed in all their glory. Also in this area, a fiercely-fought show and shine competition was carried out throughout the day, with the 25 cars present whittled down to the top 3 in the afternoon by judges.

The coveted ‘Car of the Show’ award was eventually given to Shawn Preece, owner of a stunning 1000bhp Toyota Supra that was never short of a huge crowd.

Congratulations to all winners!

Onto the track action, and dotted between the ever-popular 15-minute public track sessions throughout the day, there was also white-knuckle charity passenger rides and electrifying drifting demonstrations to thrill the hordes of onlookers that gathered at both Quarry and Camp Corners.

Although that’s it for another year of show excitement at Castle Combe Circuit, the venue’s staff did use the opportunity to announce the official date for the first event of 2020 – Spring Action Day – which will be taking place on Saturday, 4 April. Head over to springactionday.com for more details on when bookings are open for this extremely popular event. 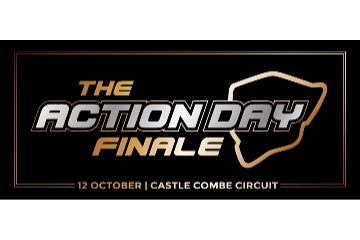