JDMCOMBE 2019 TURNS UP THE HEAT IN SPECTACULAR STYLE

The cloudless skies that graced Castle Combe Circuit on the morning of JDMCombe (1 June) set the tone for what was undoubtedly one of the most sensational days on the Wiltshire venue’s calendar so far.

Thousands of petrolheads made the pilgrimage for the sunny circuit’s annual celebration of all things Japanese cars, and with non-stop action both on and off the race track itself throughout the day, it once again proved to be nothing short of a seriously thrilling outing for all involved.

Of course, any self-respecting car show at Combe would be nothing without a hefty dose of stunning club cars in the venue’s display areas, and JDMCombe 2019 was no exception to this rule – with no less than 1500 stunning Japanese cars being shown off between hundreds of dedicated clubs.

Amongst this incredible spectacle, a fiercely-fought Show and Shine competition between 25 of the finest oriental machines in the country eventually concluded with three overall winners being announced by the event’s judges. Third place was awarded to Scott Butler and his flip paint-adorned Honda S2000, second to Chris Bennetto and his painfully clean EP3 Honda Civic Type R, with the top spot dished out to a well-deserved Nick Phillips and his beautifully modified Mitsubishi Evolution IX.

There were also a trio of awards to deliver to the organiser’s favourite clubs in attendance. After much deliberation, ‘Small Club of the Show’ was handed to the Elgrand Owners’ Club – an outfit dedicated to Nissan’s quirky minivan, with ‘Big Club of the Show’ going to Club ITR – a large group dedicated to all things Honda Integra, and ‘Overall Club of the Show’ placed in the delighted hands of the FDOC – an organisation revolving around the iconic third-generation Mazda RX-7.

This just left judges with the extremely tricky task of finding the overall car of the show. But luckily, there was one machine that seemed to stand head and shoulders above its peers: Simon Cottingham’s carbon fibre-clad Mitsubishi Evolution IX, complete with a Norris Designs-built twin-charged engine capable of offering up over 850bhp!

The 1.85-mile race track itself was also a hive of activity throughout proceedings. Dotted in-between the ample public Japanese track sessions (that saw all manner of tasty metal taking to the circuit) was hot passenger laps, a Top 25 parade session and, of course, some electrifying professional drifting displays to keep the spectators glued to their seats.

Castle Combe Circuit now looks towards its next Action Day event – Summer Action Festival – set to be held on 22 June. A multi-marque affair that celebrates cars of all makes, all models and all ages, it promises to be another sizzler of a day out. 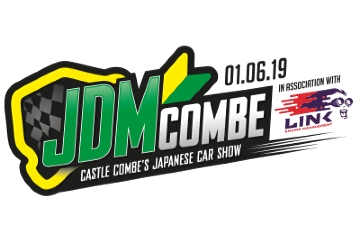