Josh, who also won the title in 2008 and 2017, was second in qualifying, pipped for pole position right at the end when Yatton Keynell’s Luke Cooper went fastest, although just 0.044 seconds split the two Championship rivals.

At the start of the opening race, round eight in the Melksham Motor Spares-backed series, Josh got the jump on Luke and led early on. It was nip-and-tuck throughout, however, and on lap 5, Josh slipped to third, with Cooper and brother, Felix, both getting ahead. Cooper eventually won, with Felix second and Josh a disappointed third.

The second race was again tight at the top, but this time Josh made the most of his better start to lead from lights-to-flag - although he was pushed all the way by Cooper, with only 0.149secs between them at the chequered flag. Felix was third, just 0.324secs further back.

The results mean that Josh can now not be beaten in the title race, as even if Cooper takes maximum points on Grand Finals Day next month and Josh fails to score, with competitors dropping three scores in Formula Fords, the Somerset man still comes out top as he has won more races.

“I didn’t really know what the scenarios were today for the Championship, but I knew I was in a favourable position,” Josh said. “I was a bit too cautious in the first race with track limits and with racing wheel-to-wheel because of the championship and that didn’t work. So I thought: ‘Forget that’ and in the second race, I treated it like the first race of the season, and just went flat out and hard - and it paid off.”

“It is nice to win three Combe Championships,” he added, “and I think this year, in particular, it has been tougher having both Felix and Luke to dice with. Last year, unfortunately, it was just me and Luke, but this year we have had good grids and it has been good for Combe and good for me. A big thanks to my team, Wayne Poole Racing, and all the guys involved, and my family: it is great to have a bit of success for all of them.”

“I feel elated. I have been doing the maths for a few days and working out whether we could do it. There was still another weekend to play with, but it was one of those things and you have got to play the odds. Something can always go wrong, but it is a great credit to the cars that Seat and VW make that you can bring them out, treat them like this and they just keep performing and keep winning races,” Sturges noted.

“That has been the secret. Every time we have gone on the grid we have had a good race and we haven’t had any issues whatsoever. It has been almost the perfect season and it has been brilliant today with all my family here to cheer me on. It means I can come next time and enjoy myself and not be watching every mirror for every car, but it won’t make me go any slower. I want to go as fast as I can and I wanted that [class] lap record today. I am super chuffed.”

Meanwhile, in the CCRC Pro Alloys Saloon Championship, Gary Prebble also doubled up, 5.861secs up on series leader Simon Thornton-Norris in race 1 and 2.176secs up on Alex Kite in race 2. Thornton-Norris was slowed by suspected mechanical issues in that second race, limping home ninth overall and third in class. He remains top, however, in the Saloon Championship, although with the Calne aces participation at Grand Finals Day in doubt – his wife is due to give birth around then – he could yet be overhauled by Bristolian Matt Parr, who was twice victorious in Class C, and is the only other man still in contention for the 2019 Castle Combe Saloon title.

As for the Samco Sport CCRC Hot Hatch Challenge, Joe Dorrington beat Sam Stride to top spot in a curtailed race 1 - after Dave Spiller rolled his Mini Cooper S following contact with Erling Jenson. Stride hit back in race 2, however, beating William Oakley by over 20 seconds. Dorrington did not start.

Of the rest, David Weston and Richard Bridge took a win each in the Lackford Engineering Midget & Sprite Challenge, while Radstock’s Steven Rideout was the overall winner in race 1 of the Super Mighty Minis and then second overall to Neven Kirkpatrick in race 2, the twelfth and final one of the meeting.

Tickets are on sale now. Further details at: https://castlecombecircuit.co.uk/race-days/grand-finals-race-day 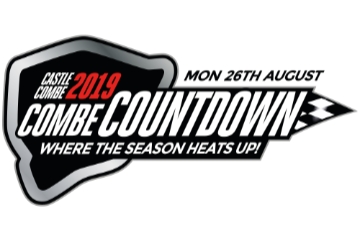 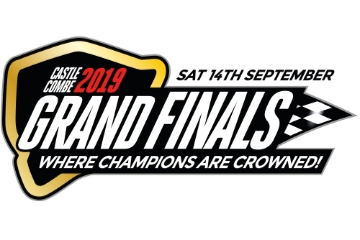