The Manxman who won arguably the BRC’s most competitive season ever in 1997 will be present at Castle Combe on September 25.

“I’m really looking forward to coming back to Rallyday,” said Mark. “I’ve been a few times and always had a fantastic day. This is going to be a special one. Twenty years on from Richard [Burns] winning the World Rally Championship is a moment worth celebrating and commemorating and to be part of that will make this a very special Rallyday.

“I was there with Richard in 2005, when he attended the event for the last time. I actually drove his own Peugeot 206 WRC – that was an unforgettable day and I’m sure we’ll make many more memories next month.”

Mark competed against Richard early in his career, then grew to be close friends.

“Looking back, it’s incredible to have been part of a golden era of the sport, with not only Richard [Burns], but Colin and Alister [McRae] and so many other great drivers. They were fantastic times and it’ll be great to share some memories of those times at Rallyday.

“Richard was a genuinely lovely person. He’s my son Ben’s Godfather, it’ll be really nice for Ben to come with me to Rallyday to see the warm reception for Richard.

“I’ve seen the growing list of Richard’s cars that are going to be there and it will be one very special day – the parade lap will be impressive and very, very emotional.”

Beyond talking about his mate, Mark will also tell a tale or two about doing James Bond’s dangerous driving.

No time to die

just weeks away from its premiere, Mark’s looking forward to seeing his work on the big screen.

“The film work is really interesting,” said Mark. “It’s really something completely different from the sport I’ve spent my life in – but it’s mainly about driving cars fast and doing some big skids. And when those cars are some of the most iconic Aston Martins ever, it’s fair to say I go to work with a smile on my face!”

Castle Combe managing director Graham Marshallsay is delighted to welcome Mark back to the Wiltshire track.

Graham said: “Mark is one of Britain’s most popular rally drivers ever. He competed and won in one of British rallying’s most competitive eras and carried that success onto the world stage. But there’s so much more to Mark than that. He’s won rallycross titles and who can forget that stunning, history-making drive around the Isle of Man’s TT course?

“Having him with us on September 25 is fantastic news – especially in a year when we’re remembering Richard Burns.

“Seeing Mark driving some of Richard’s cars will be a special, special moment for fans not only here watching the event live, but for rally fans around the world.

“And the fact that he can tell us about life with James Bond is the icing on the cake.

for advance tickets priced at £20 per adult. Under-17s, accompanied by an adult, get in for free.

Produced in association with Words PR 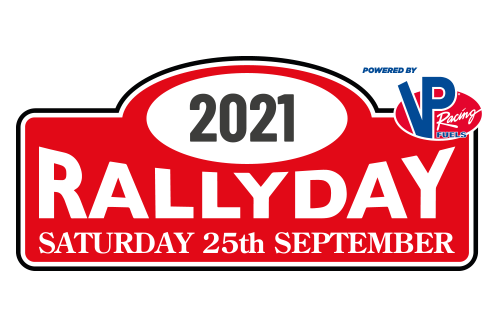